All athletes are disciplined in their training. They do it to win a prize that will fade away, but we do it for an eternal prize.

So I run with purpose in every step. I am not just shadowboxing.

I discipline my body like an athlete, training it to do what it should. Otherwise, I fear that after preaching to others I myself might be disqualified. (1 Cor 9:25-27)

I used to think winning in life was impossible and I truly believed it.

Sometimes when we think of winning it can come off as prideful or even arrogant. So what does it mean to "win"? It is knowing God is your strength and that you can do all things through Him who strengthens you. (Philippians 4:13)

Whatever it is that God has us doing, we give Him the glory, the recognition, the praise, and the honor He is due. He put the ability to persevere, endure, and even more to engage each and every hardship and circumstance so that we can show that God does truly work all things for our good.

We are winning when we allow Him the room in our life to satisfy our souls. To let our light shine so bright that others may relish in the goodness of God also.

God is most glorified in us when we are most satisfied in Him.  ~ John Piper

As I waged war on drugs, drinking, and the street life mentality, I realized much later in life how important it was to take care of myself.

For it was something I did wrong since I was 15 years old, smoking, drinking, and drugging. If it was wrong I was doing it.

I was 30 years old when I met Jesus who saved my life on so many levels. Not just my physical and mental life, but my eternity— giving me immediate purpose and meaning, filling the gaping hole in my heart that I spent trying to fill with everything else bad for me.

I was soon convinced that my body was a form of worship to God (Rom 12:1) and that I was grateful for it, I soon became a better steward of my body, losing 75lbs of fat and feeling so much better.

As we all know life is filled with dramatic ups and downs that can leave us drained, sad, and frustrated beyond what we could have ever believed - I know now there are no coincidences in life and knowing how to respond to our Creator’s calling is key to the abundant life.

Though we have the power to turn our circumstances upside down, generally speaking, we don’t.

Turning the wrongs to right and having more peace in our heart-it takes courage but even more, it takes a soul willing to give it all to be who deep down inside we know we were meant to be-fully known!

So often I would look up at the sky and ask why, why am I this way and why do I feel so out of place? I wanted so much more but I was ignorant of how to pursue greatness when all I knew was right before me, day in and day out - how do you choose to do something you know nothing about? I had lived a life of ruin more than any other element of life.

Too often I gave myself away with no ROI (return on investment). I was interested in people liking me and I was willing to get it in any way possible. My first conviction was grand theft auto which I took the rap on because I didn’t want my homey to go to prison again.

I did have a love for people early on but I was showing it in all the wrong ways and soon I became callous to everyone around me. Angry, frustrated, and fighting all the time.

Too many nights in jail, too many “good” people hurt, too many questions with no answers, too much regret and self-pity that no drugs ever could push down far enough.

Often in the hood, so many around me would say you don’t belong…I mean really none of us did, but some are better suited for crack “game” than others. That was at least their logic. I felt I didn’t either but it’s all I knew and I accepted that fate and it became mine for many years selling and giving my life over to the tragedy.

After years and years of treatment centers with no end to my pain in sight, I felt I was finally at my bitter end. But God stepped in and used an older man that I had known when I was younger, he and His wife would eventually lead me to Christ.

God put a lot of people through my life to help me see that He wanted a relationship with me but only until I was truly at my end did I see the final ones, Tim and Cheryl Ford brought me before the One who changed my life completely!

Again and again, He shows Himself through various forms but it is up to us to receive the gift of God’s son and with His help, the faith to believe that He is the Son of God and that He did rise from the grave on the 3rd day and whoever confesses with their mouth that Jesus is Lord will be saved and have eternal life.

What a gift of grace, what a gift of peace and joy He freely offers for those who confess their sins. He is faithful and righteous to forgive us our sins and to cleanse us from all unrighteousness.

God’s understanding of love, sin and success is much different than the world’s but what we do know is that when we keep God first in our life He is faithful to reward us in ways that only He could do. Not that we don’t get it wrong from time to time, but like David He was a man after God’s own heart. According to God’s word committing adultery and then murdered to cover it up, but still, he was a man after God’s own heart.

Why? David was a man after God’s own heart because he demonstrated his faith and was committed to following the Lord. Yes, his faith was tested on a grand scale, and he failed at times. But after his sin, he sought and received the Lord’s forgiveness. In the final analysis, David loved God’s instruction and sought to follow it more exactly. As a man after God’s own heart, David is a role model for all of us.

By God’s grace I am able to accomplish all He has set out for me, pointing back to Him all He has put in me. The ability, the passion, and the drive and now it’s my part in becoming the me I want to be - the best version God created me to be.

Now I am 43, still a little rough around the edges but Gods got me now, I am His and He is mine.

God saved me by his grace when I believed. And we can’t take credit for this; it is a gift from God.

Salvation is not a reward for the good things we have done, so none of us can boast about it.

For we are God’s masterpiece. He has created us anew in Christ Jesus, so we can do the good things he planned for us long ago. (Ephesians 2:8-10)

The hardest element of faith is feeling you must do something for the gift which you have been freely given. The human condition persists that we MUST DO something for it, however God wants us all to get so incredibly lost in His grace, lost in His love so that we don’t become pharisaical and come off the way they did.

Knowing the law right and wrong but not living it themselves, rather commanding others to live by an impossible standard they themselves could not live.

When we learn and understand that God loves us right now and He is not ready to squash us on every single wrong turn, but is ready to show us the road less traveled filled with more peace, understanding and joy. THIS is what gives us the desire, will and passion to be His ambassador, we then WANT to do the good things He planned for us long ago.

Religion is the attempt to make God love you more than He does. It's man's way of feeling better about the things he or she is doing for God rather than God enjoying the experience of His children choosing Him in everyday decisions. Religion in this day, like others have been used more for the enemy rather than for God, it is cold and harsh and has taught people to want the healing rather than the Healer.

Sadly, like most grown up in the church and left and those that never succumbed to God's calling in their life religion is the knife that cuts the deepest. The hypocrisy of man and being dishonest with everyday struggles looking for perfection in others when there was none in theirs.

This is the reason Jesus came, to build a place for the sick and he called that His Church. Where we realize we are imperfect and only by God's grace have we been saved will we ever reach the heart of another. Grace upon grace, Solo Fida (faith alone) justification by faith alone, in Christ alone. Here and only here is where lives are changed and people started getting honest with each other, this is the Church where walls fall and new life begins using all our struggles for the good of another.

Getting lost in the journey is not by trying harder but by training ourselves in what is true - God’s Word (the great instruction manual for life).

I used to think winning in life was impossible but now I know I will never believe it!

Therefore, since we are surrounded by such a huge crowd of witnesses to the life of faith, let us strip off every weight that slows us down, especially the sin that so easily trips us up. And let us run with endurance the race God has set before us.

2 We do this by keeping our eyes on Jesus, the champion who initiates and perfects our faith. Because of the joy awaiting him, he endured the cross, disregarding its shame. Now he is seated in the place of honor beside God’s throne. (Hebrews 12:1-2)

"Don’t worry about locating your purpose if you are seeking after God because your purpose will locate you." Tony Evens 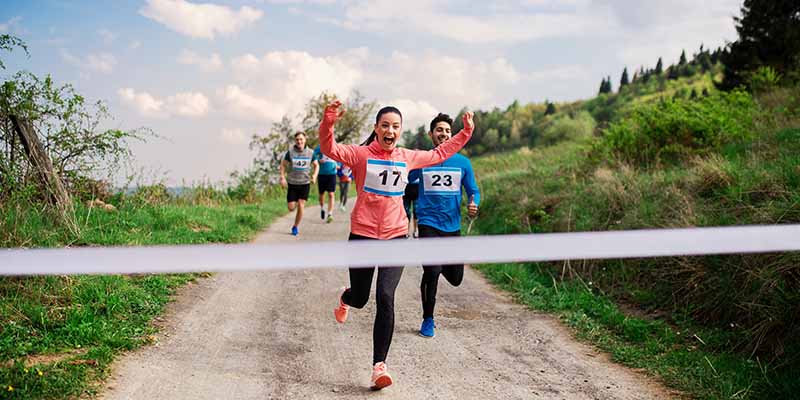 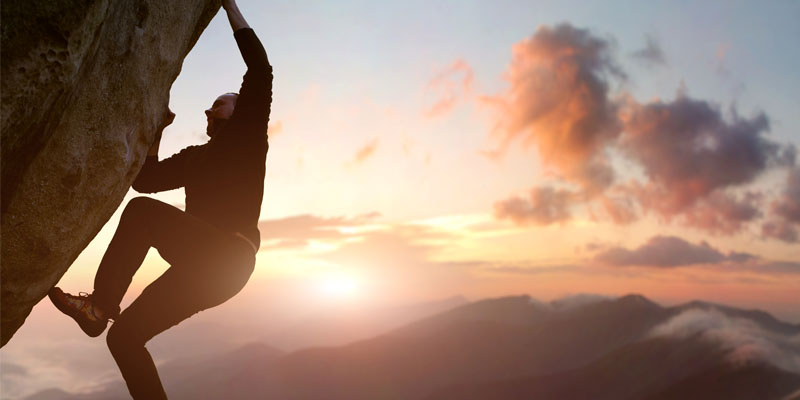 Create balance for YOUR overall health and wellness at SCE Fitness!

Stay Up To Date